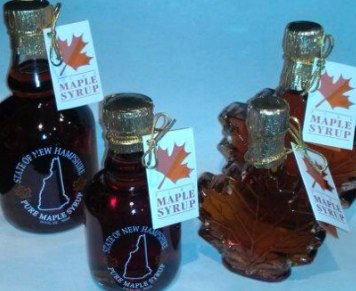 A blue Dodge Neon fled the Willow Creek Sugarhouse after a thief stole a $10 honeycomb and 23 jars of honey and maple syrup totaling $295.

Brad Rice, the East Kingston farmer who makes his own honey and about 60 gallons of maple syrup each year said it was the biggest maple syrup and honey heist at his stand since he began selling his homemade goods two years ago using the honor system.

Rice saw the car and quickly called 911 and gave a good description of it to police, who quickly put out a bulletin. Ten minutes later the thief and all the goods were found. The perp, a 35 year old man, was arrested on a charge of theft by unauthorized taking. Folks call that STEALING around here!

“Every once in a while, you have a pint of syrup get stolen. A pint here and a pint there I can deal with,” Rice said.

Get the whole story at this link. And don’t miss this weekend’s event:

Brad’s sugar house will be hosting this event today (March 23-24) and tomorrow starting at 10:00 AM. Come on down! Please stop in and taste warm fresh maple syrup straight out of the evaporator. There will be demos, an art show, refreshments, baby chicks to see and more.

One thought on “True Crime – The Case Of The Honey Thief”