Found in a wide variety of colors, more than 900 species of slime mold occur all over the world and feed on microorganisms that live in any type of dead plant material. They contribute to the decomposition of dead vegetation, and feed on bacteria, yeasts, and fungi. For this reason, these organisms are usually found in soil, bark mulch and the forest floor. Most slime molds are smaller than a few inches, but some species may reach sizes of up to several square yards.

When food is abundant, a slime mold exists as a single-celled organism, but when food is in short supply, slime molds congregate and start moving as a single body looking for chow. It can climb walls and grow over objects in its path on its quest for a good meal. We should pray for Betsy’s sake that there are plenty of fungi near by for it to eat. 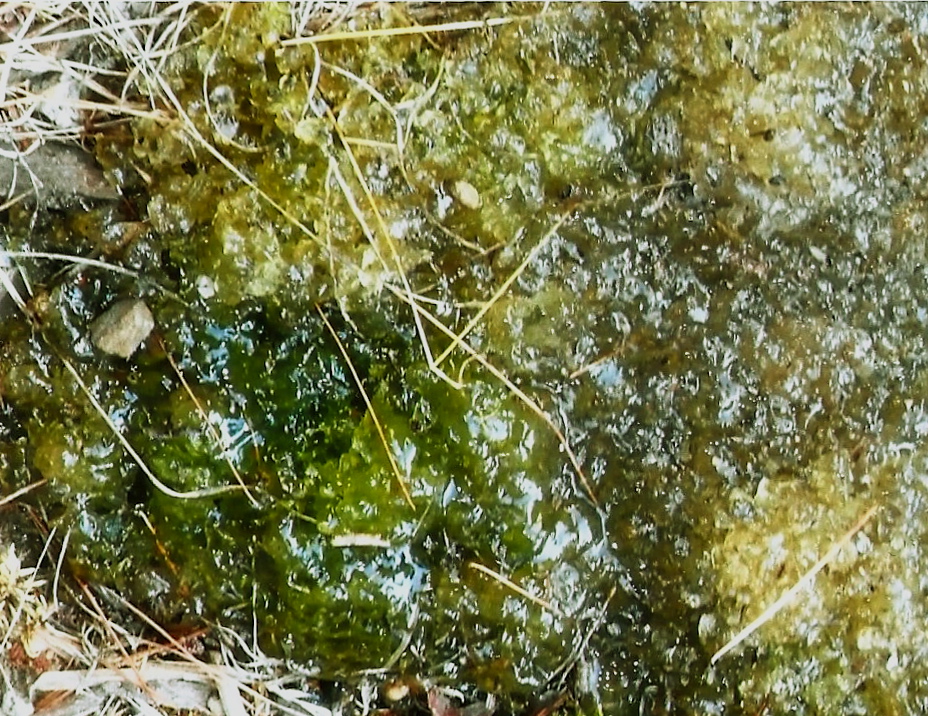 Yuck! Better keep an eye on this bad boy before it turns into The Blob!

More slime! This time in a tree in Stratham.